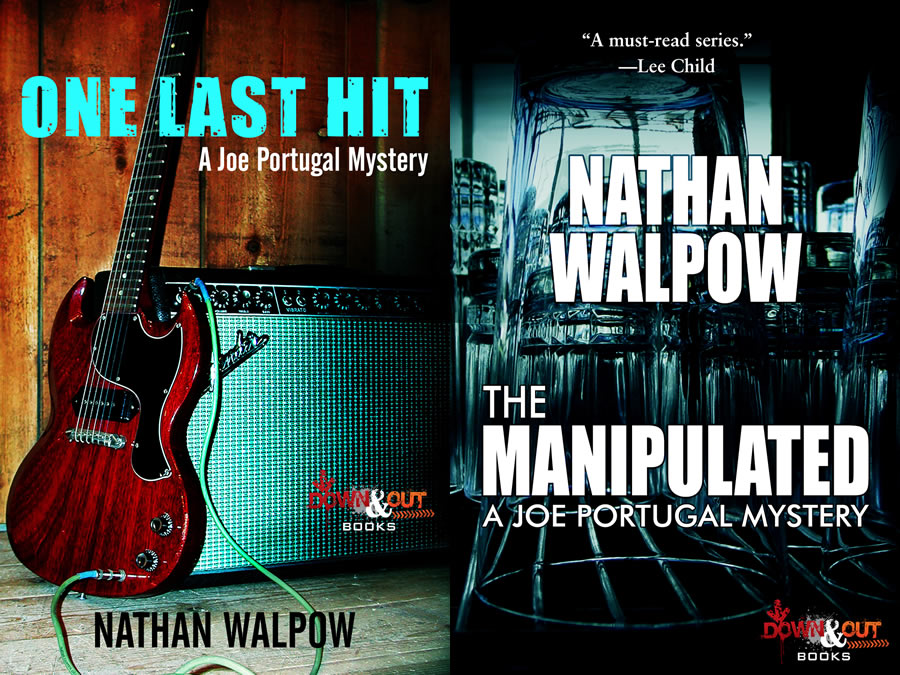 You haven’t heard from me much lately. Real life intruded, and I’ve been recovering from a spinal fusion and a hip replacement. I am happy to report that I am better and stronger than ever. (Though no faster). I can even tie my own shoelaces again.

I’m happy to break my silence to announce that the new Down & Out Books edition of The Manipulated, Joe Portugal number four, is out. It follows D&O’s release earlier this year of the One Last Hit reissue.

The Manipulated recounts how Joe got involved with shadowy Los Angeles mover and shaker John Santini, in a tale about a Hollywood producer’s murder, a missing tea buyer, and Joe waking up naked in bed with his twenty-something protégé. This is the book that inspired Lee Child to label the Joe Portugal Mysteries “a must-read series.”

One Last Hit, Joe P. number three, is my rock and roll midlife crisis novel, in which Joe tries to get his sixties band back together, and someone who doesn’t want that to happen starts taking potshots at the members.

Both releases feature covers based on the originals by Jim Pascoe, co-founder of original publisher UglyTown.

Because of writing downtime resulting from my surgeries, the long-awaited fifth Joe Portugal book, Bad Developments, also a Down & Out release, has been pushed back to 2019. In it, Joe’s been working for John Santini for a decade or so, doing what needs to be done to keep Los Angeles running smoothly. When Santini gets involved in a scheme to house L.A.’s tens of thousands of homeless people, and someone doesn’t want that to happen, Joe gets dragged into a web of competing objectives involving a missing informant, a bunch of porn stars, and the Department of Housing and Urban Development … and a dead guy. Because there has to be a dead guy.

I’ll let you know as soon as I have a publication date.