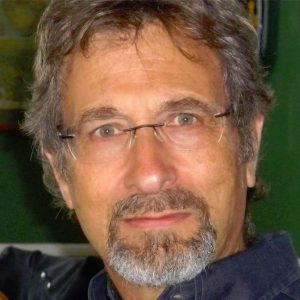 Nathan was born and raised in New York City, and went to college in the East Village in the late ’60s, where the most valuable thing he learned was how to sneak downstairs at Fillmore East. After four years in upstate New York and six in Oklahoma City, he arrived in Los Angeles in 1979.

The ’80s were his acting years; he was in a bunch of plays and an endless succession of improvisational comedy troupes, and received two semi-prestigious Drama-Logue awards. He also had the honor of being cut from an episode of Moonlighting, and appeared in an installment of Sledge Hammer!

His fifteen minutes of fame came in 1985, when he was a five-times-undefeated champion on Jeopardy! He promptly squandered the prize money. In 1991, he won seven games (the show’s record) on The Challengers, and got to shake Dick Clark’s hand fourteen times. 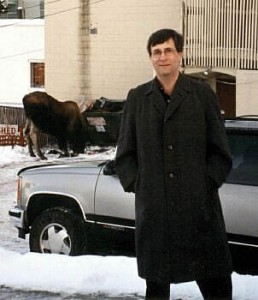 During the last week of the 1980s he met Andrea Cohen. Four years to the day later, they were married. Andrea’s a high-school history teacher, and Nathan’s inspiration.

In 1992, more or less on a whim, Nathan took a short story class at UCLA Extension. He began kicking out stories, most of them science fiction or fantasy, and managed to sell some. Reading the complete works of Raymond Chandler prompted a switch to crime fiction. One fortuitous meeting with an agent at a writer’s conference later, he had a book deal. He was fifty years old when his first novel was published. So was Chandler. Read into this what you will.

Nathan is a member of Mystery Writers of America and International Thriller Writers, and former president of the Southern California MWA chapter.